1:5-7
5For to which of the angels did He ever say,
"YOU ARE MY SON,
TODAY I HAVE BEGOTTEN YOU"?
And again,
"I WILL BE A FATHER TO HIM
AND HE SHALL BE A SON TO ME"?
6And when He again brings the firstborn into the world, He says,
"AND LET ALL THE ANGELS OF GOD WORSHIP HIM."
7And of the angels He says, "WHO MAKES HIS ANGELS WINDS, AND HIS MINISTERS A FLAME OF FIRE."

The excellence, supremacy, and the preeminence of Jesus Christ are affirmed not only by what the Scriptures say about Him, but also by the testimony of God the Almighty His Father. God acknowledges on many occasions including Jesus' baptism and His transfiguration, that Jesus Christ is His only begotten Son Whom He loved and in Whom He is well pleased. God’s expressions about Jesus Christ unveil the truth about Christ’s supremacy, and His unique and unparalleled relationship with God His Father. The Lord God never said such things about men or angels. These are God's exclusive testimonies about Jesus Christ His Son.

God further signifies the exclusive preeminence of Jesus Christ by commanding the angelic choir to echo a celestial sound of praise across the horizon of the Judean night-sky at the time of His birth. The angels worshipped Him because He is the glory of God His Father and God's Peace and Goodwill toward men. The angels serve and worship Jesus Christ because He “alone" is "the Lord." He "made the skies and the heavens and all the stars." He "made the earth and the seas and everything in them." He "preserve them all."

God exalted His Son Jesus Christ above anything and anyone in His creation including His magnificent angels. He made the angels ministering spirits swift as wind. They are magnificent, glorious, and celestial. Even though they are invisible, they are capable of visible actions. He made them flaming fires, executing His judgment on the nations, always reflecting the glory of God Whom they serve and worship day and night. But still, they serve and worship Jesus Christ because He is God the Son.

1:8-12
8But of the Son He says,
"YOUR THRONE, O GOD, IS FOREVER AND EVER,
AND THE RIGHTEOUS SCEPTER IS THE SCEPTER OF HIS KINGDOM.
9"YOU HAVE LOVED RIGHTEOUSNESS AND HATED LAWLESSNESS;
THEREFORE GOD, YOUR GOD, HAS ANOINTED YOU
WITH THE OIL OF GLADNESS ABOVE YOUR COMPANIONS."
10And,
"YOU, LORD, IN THE BEGINNING LAID THE FOUNDATION OF THE EARTH,
AND THE HEAVENS ARE THE WORKS OF YOUR HANDS;
11THEY WILL PERISH, BUT YOU REMAIN;
AND THEY ALL WILL BECOME OLD LIKE A GARMENT,
12AND LIKE A MANTLE YOU WILL ROLL THEM UP;
LIKE A GARMENT THEY WILL ALSO BE CHANGED
BUT YOU ARE THE SAME,
AND YOUR YEARS WILL NOT COME TO AN END."

But about His Son Jesus Christ, God says His kingship is eternal and that His throne is established forever. He shall rule over the nations in justice with the scepter of righteousness because He loves righteousness and does not tolerate unrighteousness and lawlessness. Therefore, God crowned Him King-Eternal and gave Him all Authority over heaven and earth. He anointed Him with the divine oil of Joy and Victory.

He shall rule not only as King but also as God. Jesus is not just a perfect, righteous man sacrificed by God to provide for salvation. He is the eternal God. He is the righteous King reigning eternally over His everlasting Kingdom.

The Psalmist also affirms the deity of Jesus Christ as the Creator and the eternal God, effectively portraying the Power and the Authority of the Lord as the exclusive Sovereign God in the act of creation. In his prologue to his Gospel, John also testifies that everything was created by Jesus, Who came to earth clothed in the flesh of a man. The Scriptures unequivocally affirm that Jesus Christ is the creator of God's entire creation. As the Creator and as the obedient Son, the deity and humanness of Jesus Christ work together in perfect harmony.

Jesus Christ is not only perfect God and perfect man, but is also timeless. Jesus Christ is eternal. He is beyond time. He is the alpha and the omega, but with no beginning and no end. Creation will pass away as we know it. It is like a cloth that wears out. It is like an outer covering that is taken off and replaced. It is like a scroll that rolls away.

But the Lord is the same in the past, the present, and the future. He will never change. Everything He created in heaven and earth will pass away according to His plan and His Will. It will be replaced by the new heaven and the new earth. But Jesus Christ and His Word will remain the same forever.

1:13-14
13But to which of the angels has He ever said,
SIT AT MY RIGHT HAND,
UNTIL I MAKE YOUR ENEMIES
FOOTSTOOL FOR YOUR FEET"?
14Are they not all ministering spirits, sent out to render service for the sake of those who will inherit salvation?

Unlike angels which are magnificent ministering spirits and which always stand in the presence of God, God commended His Son as the only Authority to sit at His right hand and possess exclusive eternal Authority over everything. The Psalmist tells us that God Himself testifies about Jesus' Lordship. In his letter to the Corinthians, Paul also affirms Jesus' supreme Authority. God ultimately made Jesus' enemies His footstool and subdued everything under His Authority, as the ultimate Victor on earth, on the cross, in the grave, beyond the grave, and in heaven above. God exalted His Son Jesus Christ, not men, not the angels.

Most religious systems, social points of view, and schools of thought generally agree on at least one aspect of who Jesus Christ is. Many think of Him as a good man or a great teacher. That is true. Jesus is good, righteous, and kind. However, the Writer of Hebrews unequivocally declares that Jesus Christ is more, indeed much more, than just a good man.

Jesus Christ is supreme in all of His attributes. He is God, Creator, Redeemer, Judge, Mediator, and the sacrificial Lamb of God. In all of His positions, Jesus Christ is eternal, perfect, preeminent, and exclusive. God His Father exalted Him and affirmed His right to sit on the throne of heaven as the eternal Conqueror. He alone is the only everlasting King.

While the knowledge of Jesus' true identity is fundamental for the Christian, the understanding of what Jesus Christ did for us individually is immensely significant. Praise God He is our Redeemer. Not only is He the Creator, He is the incontestable Victor of all the evil forces which come against us including sin, death, hell, and most of all the devil. Jesus Christ has overcome the world on our behalf, having been the unquestionable Conqueror in our battle “against principalities, against powers, against the rulers of the darkness of this age, against spiritual hosts of wickedness in the heavenly places”.

God exalted His Son the Victor; not men, not angels. God sent His Son Jesus Christ to pay our debt to His Law and to redeem us for Himself; not men, not angels but Jesus the Christ, the Messiah, the King of kings and the Lord of lords, Wonderful, Counselor, Prince of Peace, a mighty God, and the everlasting Father. 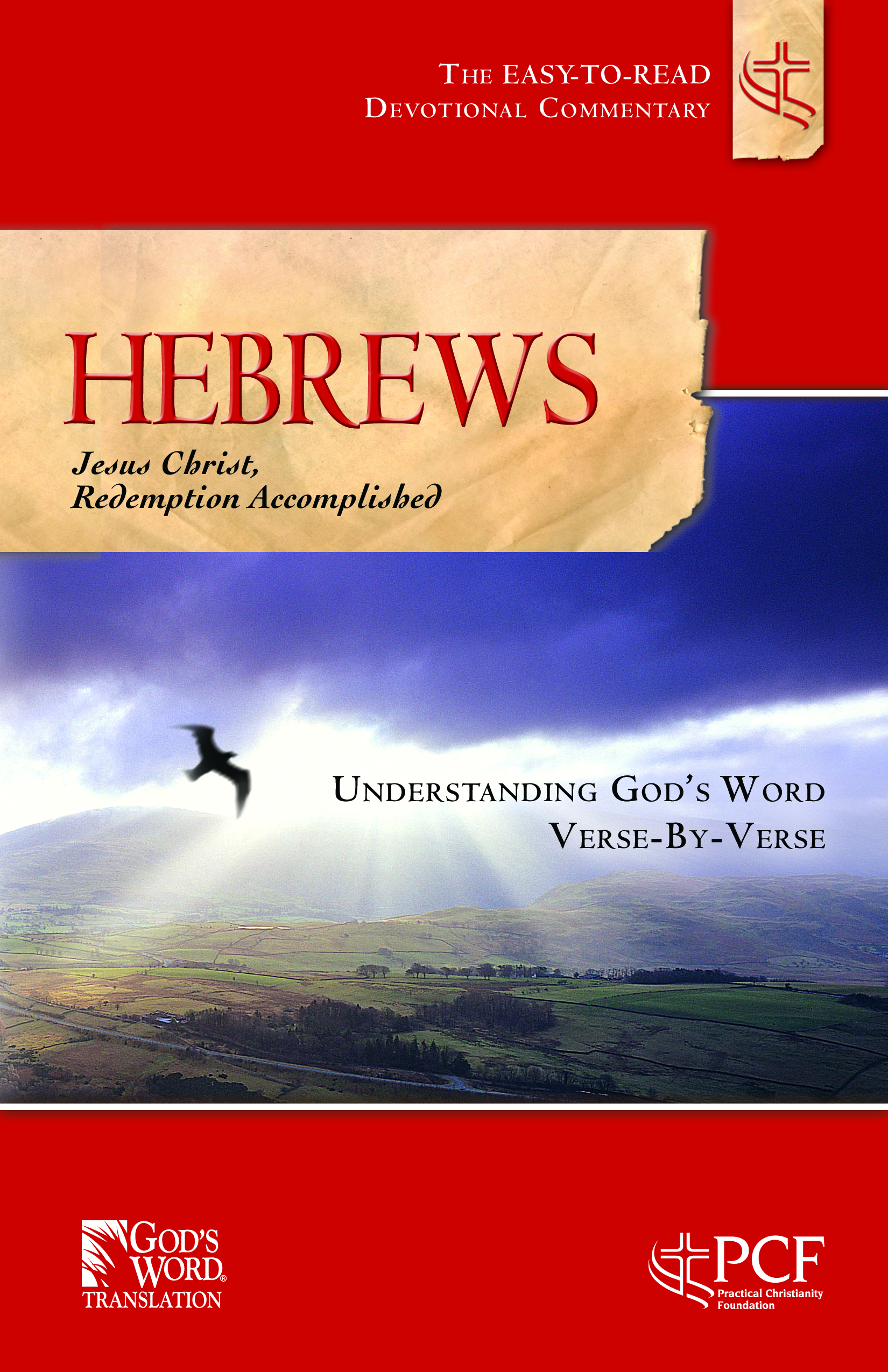