15:25-32
25“His older son was in the field. As he was coming back to the house, he heard music and dancing.
26He called to one of the servants and asked what was happening.
27“The servant told him, ‘Your brother has come home. So your father has killed the fattened calf to celebrate your brother’s safe return.’
28“Then the older son became angry and wouldn’t go into the house. His father came out and begged him to come in.
29But he answered his father, ‘All these years I’ve worked like a slave for you. I’ve never disobeyed one of your commands. Yet, you’ve never given me so much as a little goat for a celebration with my friends.
30But this son of yours spent your money on prostitutes, and when he came home, you killed the fattened calf for him.’
31“His father said to him, ‘My child, you’re always with me. Everything I have is yours.
32But we have something to celebrate, something to be happy about. This brother of yours was dead but has come back to life. He was lost but has been found.’”

One particular day, the older brother came home to an unusual situation. It was just another busy day in the fields for him. But at home, things were different. There was some noise and the sound of festivities. He heard the sound of celebration, music, and dancing. He called one of the servants and inquired about the unusual hubbub going on in his father’s mansion.

The servant happily broke the news that his father had prepared a feast to celebrate his brother's homecoming:
"Your brother has come home. So your father has killed the fattened calf to celebrate your brother’s safe return."
It turned out that the return of his prodigal brother was the farthest thing from the mind of the older son. He did not share the excitement of the servant or the entire household. He was so upset that he would not enter the house. Even though he might have been tired, thirsty, and hungry for an evening meal, the older son would not enter his home to refresh himself, much less join the celebration.

The father came out and pleaded with his angry son, begging him to come into the house. Instead of imposing his paternal authority and talking to his perturbed son with a commanding tone, the father looked at his distraught son with love, compassion, and patience, as he did with his younger son in his particular situation. The father understood that his older son was struggling with serious emotional and spiritual questions. Rather than ordering him to enter the banquet hall, he appealed to his common sense. He encouraged him to recognize the momentous occasion that should unite them in joy and celebrate the victory of life over death and restoration over loss.

Consumed by a debilitating anger, the older son strongly felt he had a good reason to resent his father's action, generosity, and kindness. Perhaps the older son expected to be informed about his brother's return before anything was done. Maybe, he supposed his father should have asked for his opinion before putting on impromptu festivities. After all, was he not the compliant and responsible son who never disappointed his father? Was he not the older, more mature, better, and more deserving?

Drowning in self-pity and conceit, the older son countered his father’s love and patience with a self-justifying, self-righteous excuse defending his resentful attitude toward love and acceptance. The son’s reaction to his father’s love and compassion was bitter and virulent. He vented his bitter feelings at his father, lamenting how faithfully he had served him like a slave without ever disobeying his instructions. He complained that his father never gave him so much as a single goat to share with his friends. In short, the older son accused his father of gross partiality and a lack of appreciation for loyalty.

the older brother could not see any good reason for lavishing his younger, disobedient brother with such a celebration and accepting him with open arms. He reminded his father that his younger son had rebelled, taken his share of the family fortune, and wasted it on prostitutes and wild living. The older son accused his father of rewarding rebellion and promiscuity while disregarding hard work, loyalty, and obedience.

Still patient, loving, and hopeful, the father continued to explain the matter to his distraught son hoping to help him understand the truth that he failed to discern. He told his son that his position with him had always been secure. He assured his son that everything his father possessed was fully accessible to him. He was family and enjoyed unrestrained rights and privileges, having full access to the benefits of his father’s wealth.

The father assured his son that he had more, much more than what he would ever need. He was at home. He was with family. He was enjoying his father's abundance without limits. He was where he belonged.

Everything his position as a son offered him was at his fingertips. There was nothing else to add to his life. His son’s worries were unfounded. Implied in the father’s counsel was the admonition that the son had no valid grounds for complaint but every reason to rejoice.

After reminding his son of his own status of privilege and abundance, the father proceeded to reason with his son about his brother's dire condition. The younger son had learned his lessons. There is always a good cause for celebration when one repents and returns from his wicked ways. There is always a profound cause for joy when one seeks restoration.

The father agreed with his older son that the younger son was responsible for his own demise. But there is no good reason to reject repentance. He was dead, but he is now alive. He was lost, but he is now found. What better reason for celebration. Would one kill the revived? Would one disown the found? Would one reject the penitent? God forbid!

The older brother reacted with a negative, hostile attitude toward his father for accepting the prodigal son back into the family with full rights and privileges. The distraught son wanted his younger brother to remain lost, permanently stripped of his position in the family. He was unwilling to entertain the possibility of his brother's restoration into the household because he did not have his father's heart. He was not touched by his father's love. His heart was closed to his father's love. He had no love to give, no compassion to extend. He lived and served in his own household feeling like a slave. Because he was the slave of his own bitter conscience, the older son could not relate to his father's love, compassion, and patience.

In somewhat the same sense, those of us who have been made the redeemed sons and daughters of God by the loving Sacrifice of Jesus Christ, struggle with the idea of God's goodness toward those whom we do not approve. God's grace is extended to sinners: not good sinners, bad sinners, worthy sinners, unworthy sinners, or reasonable sinners; just sinners like us. Misguided by our own self-righteous views of our own status, we question God's work of redemption in others simply because we feel they do not measure up to our own level of piety and religious devotion. How quickly do we forget that we too were once the children of disobedience deserving the same judgment we pass on others. Such was the vindictive attitude of the older brother when he questioned his father's godly goodness; when he resented his father's love; when he resisted the fruit of God's work in his father's heart.

This is the story of two sons of the same father: one of them rebelled, left home, and was finally convicted, repented, and was restored; the other stayed home, continued in privilege and secure life, but lived like a slave, resenting his father's goodness. The older son was cold. His heart was distressed with chronic bitterness. He was obedient and dutiful. But he had no heart.

It is the story of a loving father with two troubled children and how he dealt with them individually. Like both sons, we too were lost in our own ungodly world. But God our Father redeemed us individually from His judgment through the finished work of His Son Jesus Christ in spite of ourselves. Even though we were by nature just as rebellious and as vindictive as each son was, God continues to extend His enduring love and mercy so that we might become more loving and gracious by the Power of His Love and Grace working in us.

It is the story of Care, Mercy, and Grace welcoming the lost and struggling, to the home where we have been welcomed. It is the story of our loving Father Who replaced our heart of stone with a heart of flesh which should be moved by what moves His heart. It is the story of joyful service in which every older brother and sister is sent into the pig farm of this sinful world to welcome the harvest of souls rescued by God's redeeming Grace. 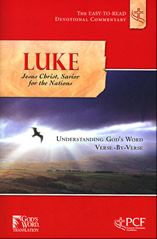