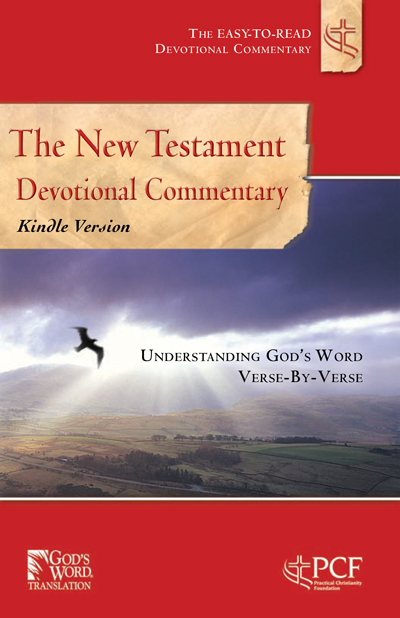 1:1 From Paul, an apostle of Christ Jesus by the will of God, and from Timothy our brother. To God’s church in the city of Corinth and to all God’s holy people everywhere in Greece.

Paul opened his second letter to the Corinthians with a remark that confirmed his position as an apostle of Jesus Christ. God had determined Paul’s apostleship. He neither earned the position nor in any way acquired it. It was an office assigned to him by God’s appointment (Galatians 1:15–17). Paul identified his spiritual office at the outset so that he could command the attention of his audience in order to clearly and directly convey God’s message with authority. It was important for the Corinthian church to realize that Paul served Jesus Christ under the authority of God’s appointment.

Paul’s opening greeting to the Corinthians included Timothy’s greetings as well. Timothy was Paul’s spiritual son and companion in ministry (1 Timothy 1:2). Paul sent Timothy to Corinth to minister to them on his behalf (1 Corinthians 16:10–11). Timothy also cared greatly for the Corinthians. Although we are not told whether Timothy made it to Corinth or not, the present letter was sent after receiving word of the Corinthians’ reaction to the first letter.

1:2 Good will and peace from God our Father and the Lord Jesus Christ are yours!

The second letter to the Corinthians reaffirmed Paul’s apostleship and invoked God’s grace and peace as the framework in which the Gospel was being proclaimed. In a deeply caring Christian attitude, Paul greeted the Corinthians with the “good will and peace” of God the Father and the Lord Jesus Christ. In typical Pauline fashion, Paul acknowledged God’s all-sufficient grace revealed in His goodness, perfect will, and peace as the reason for and the substance of his letter. Paul carefully pointed to God the Father and the Lord Jesus Christ so that they would not miss the essence of the Gospel he was explaining to them.

God’s good will reflects the redeeming and sustaining grace by which the Lord has saved them, emphasizing those believers are, indeed, God’s ransomed children (Galatians 4:6). The prince of peace offers rest to those who come to him in faith and accept His lordship (Isaiah 9:6; Matthew 11:28–29). Paul wanted to instill this fundamental truth in the hearts of all believers so that they could understand his message and be comforted by God’s grace and rest in His peace. The Corinthians were thereby reminded that God’s divine favor had rested upon them as it does upon all the redeemed across the ages through God’s good will and the peace of the Lord Jesus Christ.

1:3 Praise the God and Father of our Lord Jesus Christ! He is the Father who is compassionate and the God who gives comfort.

Paul praised and glorified God as a prelude to his letter. He praised God’s Name and worshiped Him emphasizing the benefits of His salvation—compassion and comfort. Coupled with his warm greeting and the invocation of God’s good will and peace, Paul’s recognition of God’s surpassing goodness was intended to prepare his audience for the rest of his letter.

Those who are saved through the Redeemer’s finished work can truly rest in His grace and be comforted by His peace. God is mercy (Hebrews 8:12). He is the God of all comfort, and there is total assurance and complete rest in His Name (1 Thessalonians 1:3). The Gospel Paul preached to the Corinthians came from God, Who dispensed His mercy and comfort to the world through His Son.

By pointing to the source of mercy and comfort, Paul set the context of his letter. By directing the Corinthians’ attention to God as the Father from Whom their help came, he encouraged them to trust God for the message that he was about to share with them.

1:4 He comforts us whenever we suffer. That is why whenever other people suffer, we are able to comfort them by using the same comfort we have received from God.

God, Who is the only source of all comfort, will certainly bring comfort to His children especially when they encounter difficult circumstances. Not only will He comfort them in their predicament, but He will also use their situations to provide relevant, practical experiences that will help them grow in their faith. Christians who share similar experiences can minister to one another by telling the way that God comforted them.

The Lord graciously gives His comfort to sustain believers during their trials. God-given comfort given throughout the Christian life also provides the experience needed to minister to others. God’s comfort makes believers the agents of God’s grace and comfort for others.

1:5 Because Christ suffered so much for us, we can receive so much comfort from him.

The suffering that Christians experience because of Christ is not the same as the hardship that everyone encounters. Christians experience their fair share of suffering as a part of the human race. But many believers also suffer for their identification with Christ. Certainly they endure persecution because of their faith in Christ, but their spiritual support comes from Christ Himself. Because Christ Himself endured suffering and emerged victoriously in the end, those who suffer for His sake will also be sustained and delivered by His grace and mercy (John 16:33).

1:6 Besides, if we suffer, it brings you comfort and salvation. If we are comforted, we can effectively comfort you when you endure the same sufferings that we endure.

Paul unfolded the core truths of his message with a paradox that revealed the benefit received from adversity. Paul was not attempting to elicit their pity by telling them about his suffering.

The suffering endured by believers was beneficial for the consolation of believers and the salvation of unbelievers. The suffering of Christians effectively enhanced the means by which God proclaimed the message of His salvation to the lost.

Paul’s suffering gave him God-empowered courage as he faced those who opposed the Message. While the suffering of the saints is a difficult ordeal, it results in spiritual profit when authored by God and experienced in full awareness of His love and comfort as well as His sovereign will (Roman 5:3–5).

1:7 We have confidence in you. We know that as you share our sufferings, you also share our comfort.

Paul expressed his confidence in the Corinthians. The Lord provides His comfort to all who believe in the suffering, death, and resurrection of Jesus Christ. He encouraged them with the same hope he had for himself in light of the persecution he suffered for the gospel’s sake. Those who suffer persecution for Christ’s sake will be consoled by Christ’s victory over sin, death, and hell. This would also be true for the Corinthians who believed in the Gospel and received God’s salvation.

Paul did not welcome persecution and he did not minimize its severity. Nevertheless, he emphasized its value in the lives of believers when they face the hostile world as a Christian. Although suffering cannot be avoided, Christ’s victory ultimately brings comfort to those who have been redeemed by Him. Christians who follow Christ’s example in His persecution will also conquer affliction by His saving power.

Jesus told His disciples that they would be persecuted for His sake. Because the world hated Him, it would hate those who followed Him. The world does not know Jesus Christ and it does not welcome those who belong to Jesus.

Suffering is the natural outcome of this conflict. It is an ongoing reality of the believer’s life on earth. God’s children face it from two perspectives. First, they experience daily hardships like all human beings. Second, they face hardships and persecution because of the hostilities waged against them by the world because they are followers of Jesus Christ. However, God refines His children through these hardships and persecution.

The world does not realize that its hatred has no effect on God’s children when it sees that the redeemed are not discouraged in the face of adversity. This hostile attitude simply exposes their rebellion against the Lord and justifies God’s judgment on unbelievers. Persecution is also the means by which God’s people grow in their faith, confident in the security received from God’s providence. God’s children who suffer adversity will also be instrumental in ministering to others who have suffered similar circumstances. Believers should recognize suffering as the normal condition of life on earth, trusting that the Redeemer would firmly establish them in His security even as He uses suffering in the advancement of His Kingdom.