3:14-16
14"To the angel of the church in Laodicea write: The Amen, the faithful and true Witness, the Beginning of the creation of God, says this:
15'I know your deeds, that you are neither cold nor hot; I wish that you were cold or hot.
16'So because you are lukewarm, and neither hot nor cold, I will spit you out of My mouth.

The letter to Laodicea was the seventh and final of seven letters written to the churches in Asia Minor. Laodicea was located on the Lycus river about forty-five miles South-East of Philadelphia and about one hundred miles due East of Ephesus. The main East-West Highway ran through the city, making it an important center for trade, communication, and development.

It was amid the flow of wealth and fame that a Christian church was raised up by an assembly of believers in Laodicea, where the influences of money and power were overwhelming and the people were lost in a life of ease, compromise, and complacence. As it was with each of the previous six churches, the writer of the letter to the church in Laodicea is our Lord Jesus Christ. He revealed Himself with three distinctly divine Attributes which affirm His identity.

He is "The Amen, the faithful and true Witness, and the Beginning of Creation.

Being the Amen, the faithful and true Witness, and the Creator, Jesus addressed the believers in Laodicea as the fulfillment of all of the Messianic prophecies. He is the ultimate in all things. When there is nothing else, Jesus still remains. Heaven and earth shall pass away as we know them, but the Words of Jesus stand forever. Jesus spoke to the Laodicean Christians as their Creator and as their Redeemer; as the only final Word of God. He spoke as the One Who searches the hearts and souls of men, and as the One, Who knows and rules over everything.

The Lord knew the church in Laodicea well. He knew their works. He was not pleased with their Christian walk. They were tepid, mediocre, half-hearted, noncommittal, ambiguous, and ineffective. They were neither hot nor cold. They were lukewarm. They were like a lukewarm water which was not fit for quenching thirst. So Jesus said he will spit them out of His Mouth. They were offensive to God and displeasing to Him.

3:17-18
17'Because you say, "I am rich, and have become wealthy, and have need of nothing," and you do not know that you are wretched and miserable and poor and blind and naked,
18I advise you to buy from Me gold refined by fire so that you may become rich, and white garments so that you may clothe yourself, and that the shame of your nakedness will not be revealed; and eye salve to anoint your eyes so that you may see.

So consumed by the material abundance and the increase of earthly goods, the church in Laodicea failed to recognize its own spiritual poverty. The believers in Laodicea were thoroughly convinced that they needed nothing because, they felt they had everything they needed. Because they were blinded by what they had, they were unable to see their real need; their spiritual need. Their wealth was their security as well as their distraction.

Money, power, and fame became their gods. They denied the True God Who is their Creator, Redeemer, and Provider of everything they had. But they walked in their own ways. They wallowed in a false sense of security failing to recognize their own wretchedness, misery, poverty, blindness, and nakedness in their spirits and in their souls. They were earthly aware but spiritually blind, ignorant, and dismally wretched. Perhaps, they were misled by their own perception and considered that everything they treasured was an indication of divine approval of their wretched ways. They had gone astray far from the Lord into the world of godless affluence.

Jesus offered them the only true remedy which can heal their desperate spiritual disorder. He urged them to come to Him and receive true riches, true garment, and true healing. He earnestly counseled them to trade-in their poverty, misery, wretchedness, blindness, and nakedness, and obtain true gold refined by fire, white raiment to cover their shame, and a true healing salve to restore sight to their eyes. Jesus urged the Laodicean Christians to acknowledge the wretchedness of their hearts, renounce sin, and come to Him in repentance and receive forgiveness and restoration. He told them to disrobe themselves out of sin and disobedience and be robed in the Righteousness of Jesus Christ. He exhorted them to be rich in Him and cover their shame with His Righteousness. The Lord was displeased with them but never abandoned them.

3:19-22
19'Those whom I love, I reprove and discipline; therefore be zealous and repent.
20'Behold, I stand at the door and knock; if anyone hears My voice and opens the door, I will come in to him and will dine with him, and he with Me.
21'He who overcomes, I will grant to him to sit down with Me on My throne, as I also overcame and sat down with My Father on His throne.
22'He who has an ear, let him hear what the Spirit says to the churches.'"

Jesus' reproving Words were not easy. But they were well deserved. God rebukes and chastises only those whom He loves in order to realign them with His Will. Therefore, Jesus reproved the Christians in Laodicea to draw them back to Himself and to correct their ungodly perspectives.

Jesus would not abandon His redeemed. He has invested Himself in the redemption of each sinner. He shed His Blood. He laid down His Life. So He disciplines and corrects the wayward child, and so were His children in Laodicea.

Jesus told the Laodiceans that He was not far from them. He was standing right outside the door, outside the door of their hearts. He is patiently knocking at the door waiting for a response from an obedient heart which will let Him back into the temple He set up in the hearts He redeemed.

At one time, His presence permeated the entire church. But now, the church had gone astray. They withdrew themselves from the Lord. They turned away from Jesus. Wealth and earthly goods became their gods. They grieved the Holy Spirit within them. They excluded Him from their lives, causing Him to stand outside the door of their unruly hearts. But He is patiently knocking at the door waiting to be welcomed.

Jesus promised a two-fold reward to those who overcome their inhibitions and open the door for Him. First, their fellowship with Him will be restored. He would come in and dine with them. Second, He would have them sit with Him on His throne at the Right Hand of His Father. They would be overcomers and follow the Victor right to the throne in heaven. Once again, listen to what the Spirit says to the churches. He who comes to the Lord in repentance will receive true riches, a white robe, a real healing, restoration to fellowship, and a position of royalty with Christ. Yes, even the lukewarm Christian can overcome the temptations of wealth, power, and fame simply by coming to Jesus in true repentance, renouncing sin and accepting forgiveness.

God's Grace was sufficient even for the wayward children in Laodicea. Where sin flourishes, God's Grace abounds even more for those who come to the Lord with a broken heart and a contrite spirit in true repentance.

The church in Laodicea might have found Jesus' reproving Words a bit harsh. After all, were they not being responsible stewards of their resources? Were they not being responsible and self-reliant Christians? Not at all! They were actually edging God out of their lives and replacing Him with what seemed right to them. So the issue with the church in Laodicea was not wealth itself, but their waning allegiance to God because of their attitude toward earthly goods.

It seems that the believers in Laodicea had more regard to themselves than to God's sovereign Grace and Mercy. They were mesmerized by earthly goods so much that their fellowship with their Savior suffered tremendously. That might be why Jesus opened His letter to them by reminding them Who He is. It is absolutely indispensable for the child of God not merely to remember Who Jesus Christ is, but to never forget Him and His Will.

He is “the Amen, the faithful and true Witness, the Beginning of the creation of God”. He is the final Word, the ever-present Lord, and the Source of all things known and unknown. He is Jesus the Christ, the Creator, the Messiah, the Lamb of God, the coming Judge, the everlasting King, the visible Image of the fullness of God.

Indeed, we might at times tend to pay little attention to who we are in Jesus Christ. We might unashamedly acknowledge that we are Christians, without pausing to consider what those confessions actually mean. God redeemed us for Himself without sparing His Son from His judgment for our sake. As such, we belong to God. We are His temples. We are bought with a Price, the precious Blood of His Son Jesus Christ.

Like the Laodicean Christians, most of us are possibly spiritually impoverished. We need to realize that the Lord knows everything about every one of His children. So His letter is both a warning and a call; a warning regarding our trespasses and a call to repentance. With His Word as our mirror, He exposes our chronic apathy, spiritual stagnancy, and persistent immaturity in faith. He offers the ultimate cure in Himself, this time not for salvation, but for our restoration through a Spirit-moved repentance.

He calls us to a renewed fellowship with Himself. He waits patiently so we might respond in obedience. He calls each one of us by name. He says, come home Laodicea, come home child. 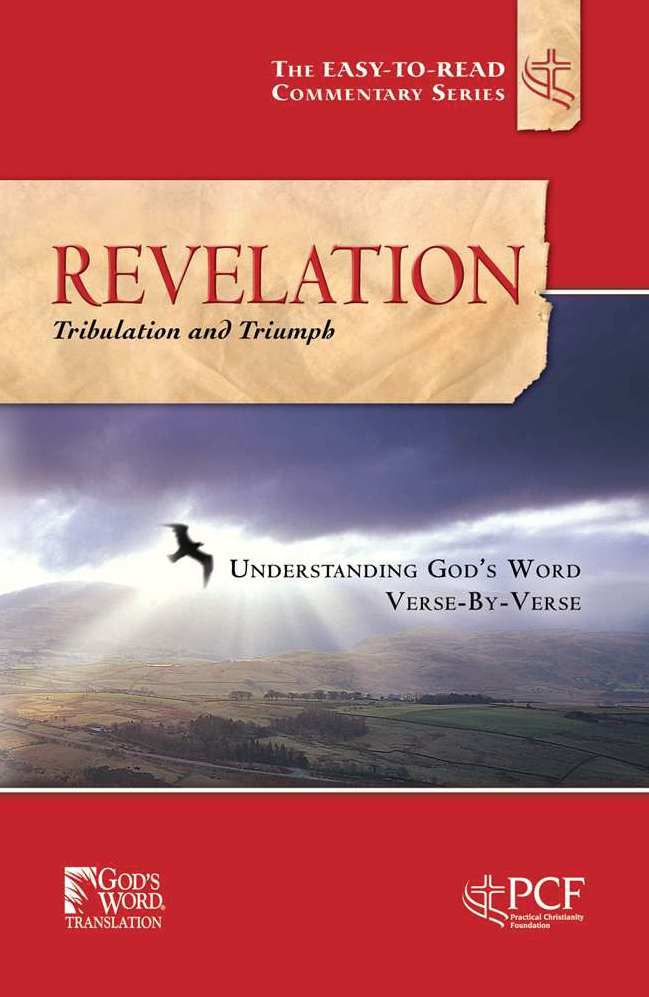